Jen Worthington is a show mom who tries to balance the crazy world of horses with running her own company. Having been following her child on the A circuit for 4 years, she has seen it all.

Jennifer Worthington began her diverse and unique career as a producer and through the years has successfully forged her path as an entrepreneur. As a dedicated mother and influential career woman, she has made her mark in Hollywood — establishing numerous successful restaurants and night clubs, as well as developing a celebrated children’s entertainment franchise. Now, in partnership with friend Jennifer de Klaver, Worthington is the co-founder of bella j.

As Senior Vice President at Jerry Bruckheimer Films, Worthington worked on numerous film projects, including: “Armageddon,” “Enemy of the State,” “Gone in 60 Seconds,” “The Rock,” “Black Hawk Down,” “Remember the Titans” and “Crimson Tide,” as well as “Dangerous Minds” and “Soldier of Fortune” in the television sector of the company.

In 2000, Worthington decided to strike out on her own and opened a variety of successful restaurants and nightclubs in New York and Las Vegas, receiving praise across a variety of national and regional media, such as: W Magazine, The New York Times, The Washington Post, Women’s Wear Daily, “Access Hollywood,” “Entertainment Tonight,” “EXTRA!” and MTV, amongst others. In 2007, Worthington drew on her knowledge of luxury lifestyle to publish her first book with Assouline Publishing, entitled: In The Spirit Of Las Vegas. She was also the subject of a documentary on E! Entertainment Television.

Most recently, Worthington was CEO of Little Angels, a division of Hearst Entertainment in partnership with Mark Burnett and Roma Downey, where she created “Little Angels,” an animated DVD series for pre-school children. To date, there are four “Little Angels” DVDs, and the brand’s expansive collection includes: books, digital, plush toys, and games.

Worthington graduated from the Tisch School of the Arts at New York University, and in 2003, attended the prestigious Harvard Business School’s “Women Leading Business.” 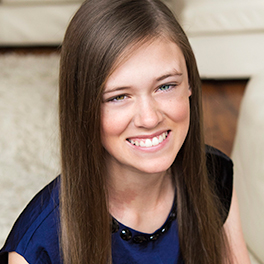 Ally Worthington grew up riding on the West Coast. Equitation and Jumpers have always been her love, although she spent…